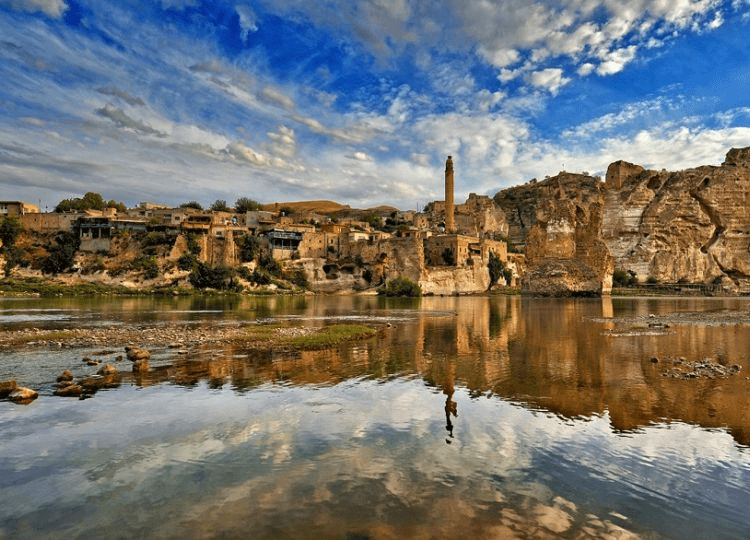 Hasankeyf, which is the science and cultural center of the region with madrasahs, observatories, darüşşifa and other educational institutions on the shore of diclen, has lost its importance today as the transportation routes and trade centers are replaced.

Hasankeyf is not known exactly when it was established. The geopolitical structure of the city strengthens the possibility that it is a very old settlement.

According to the information available, the establishment of the castle of Hasankeyf, MS. In the middle of this century, the Byzantine Emperor Konstantinos, who captured the environs of Diyarbakir, built two border castles to protect the region. One of these two castles is Hasankeyf Castle.

When the fortress gained political importance against the Sassanids, it was re-fortified in a more robust manner.Hasankeyf, MS. It was conquered by Umayyads in 639. After this date, the Abbasids, Hamdaniler, Marwan, Artuklular, Ayyubids and Ottomans dominated.

Prev It's Over Next About Cappadocia, Nevsehir